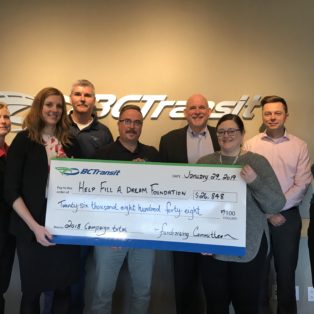 BC Transit employees have been fundraising for us since 1986

It was in 1986 that Victoria transit driver, Rick Thomas, met a seven year old bus passenger suffering from a terminal illness. More than anything, she wanted to visit her grandmother in Nova Scotia. Rick was so determined to find funds to grant this young girl’s dream that he set out to make it happen. This first dream sparked the idea for something even bigger, and the Help Fill a Dream Foundation was formed within the year.

The spirit of Rick’s good work has been upheld by BC Transit drivers and employees ever since. They continue to fundraise, volunteer and donate to help make the impossible, possible for children like the first Dream child, Bernadette. Every year BC Transit employees undertake a BC Transit Employee Giving Campaign, which has many fundraising elements – payroll deductions, online auction, samosa day, employee art auction, candygrams, etc.

At the end of January Help Fill A Dream was so grateful and proud to receive a cheque for $26,848, the total raised during their campaign in November and December 2018. The funds raised are invaluable to the work we do, but so is the history and connection with the organisation. 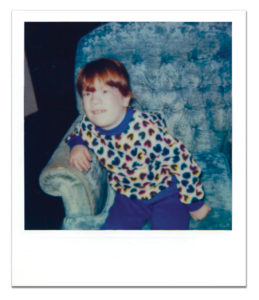 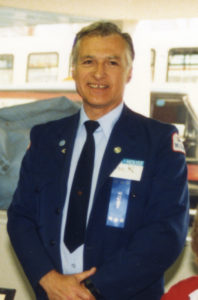