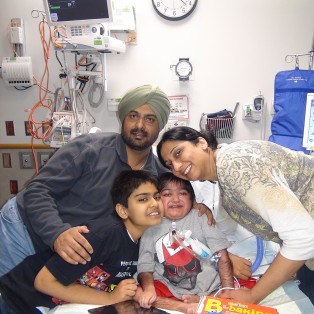 Duncan residents, Sandeep and Manjit saved for a rainy day. They were careful with their spending and invested wisely with plans for their family’s future. When their son, Viraj was born with interstitial lung disease in May 2007, they could not have imagined that one of their challenges (among the many they would face) would be their solid financial health.

In the fall of 2013, while waiting for a lung transplant at BC Children’s Hospital, Viraj’s health worsened and he was admitted to a hospital in Philadelphia – the only one in North America that could provide the right treatment. Realizing that travel and living expenses would add up, the family appealed for financial help for the first time since Viraj was born. They were considered not needy enough by BC Children’s Hospital and other organizations but a social worker at the hospital referred them to Help Fill A Dream.

During the course of Viraj’s 10-month hospital stay, HFAD provided assistance with living expenses for Sandeep and travel for Manjit and Viraj’s brother, Dheran. It was Viraj’s dream to have his family together as often as possible and his parents are eternally grateful to HFAD for making that dream come true and for the priceless time with their son. 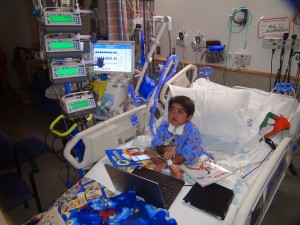 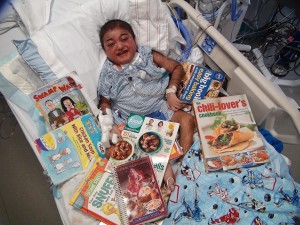