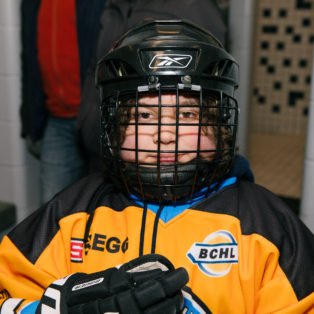 It was a win-win at the Q Centre on February 9th as the Victoria Grizzlies beat the visiting Wenatchee Wild, and raised funds and awareness for Help Fill A Dream. We were so pleased and grateful for the support we received for this special game night. Unifor (the union representing BC Transit workers) were the presenting sponsor, and provided some between-the-periods fun with a BC Transit Bounce-a-Bus (after the usual chuck-a-Puck) and a brave team of players for the pizza shoot out. The Shoot out was a particular highlight for everyone as the Unifor Deckers took on a team of Dream kids. These were all youth who have previously had dreams filled by us, and for whom hockey is a passion.

We received a donation of $5 from every ticket sold, and guests and supporters showed their generosity through bids at the silent auction and the Game Night Jersey auction. Students from Camosun College’s Students Society braved the very chilly weather to host a pre-game bbq, and our friends at Four Frames Photobooth were also there to capture some of fun.

Thank you to all the generous donors who made the night a possibility, and to all those who came out to join in the fun. Our tally for the night was $18,771, a wonderful result! 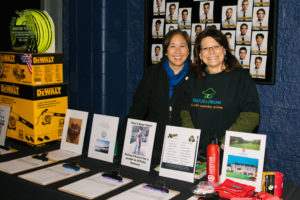 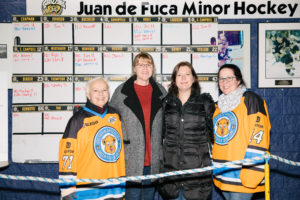 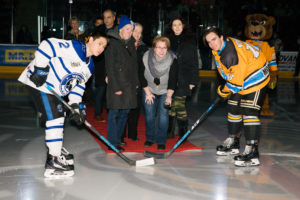 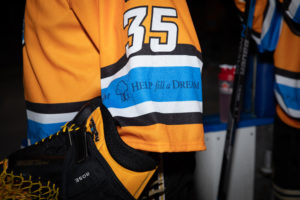 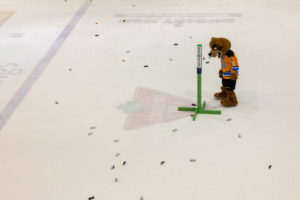 Grizz helps with the Bounce-A-Bus 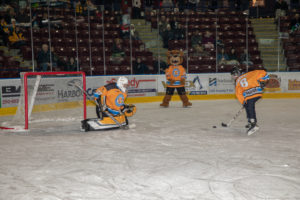 Shoot out with the Dream Team 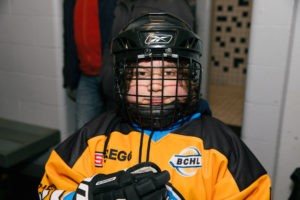 Daician, part of the Dream Team 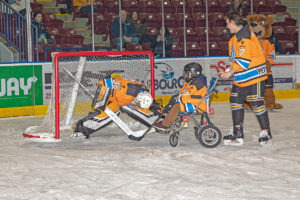 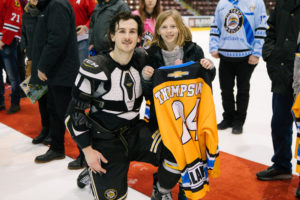 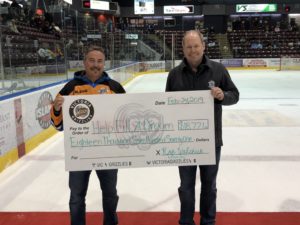 The grand total – Thank You!